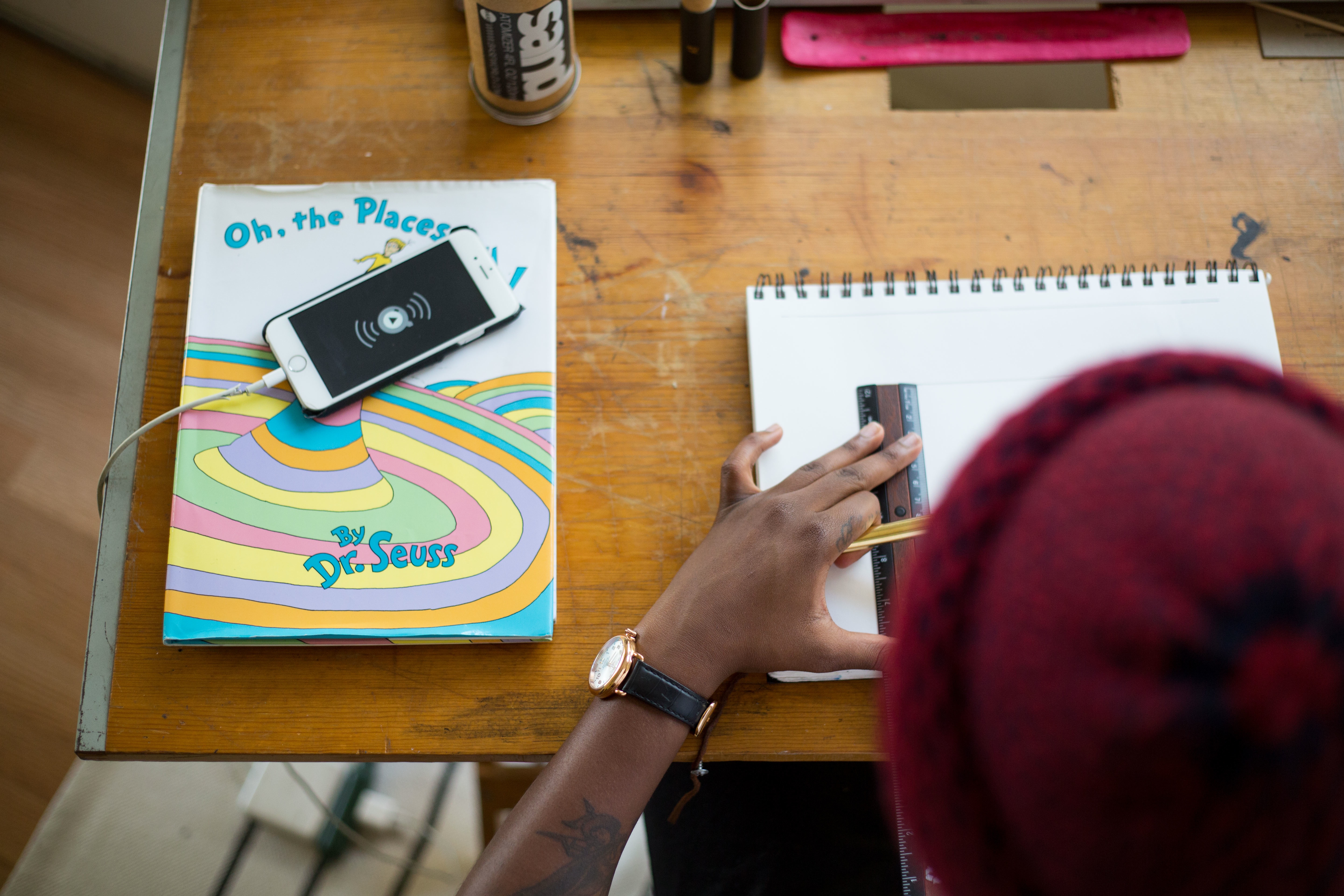 What I’ve observed the past 4 years from being around nothing but creatives is the “You can be great, just not greater than me mentality.” There are those who are genuine in their efforts to support one another, but there is a great majority that refuse to help the next person, because of fear they might, “learn all their tricks,” ” steal ideas” or lets be real, do it better. I’ve struggled with this, but what I have to remind myself is, if it’s your purpose, no one can take from you. The pressure to be the next great designer, painter, photographer, blogger, hair stylist etc. is heavy, when every time you turn around it seems someone else is doing the same thing. Despite the temptation to compete, you must stay focused. There are dangers in allowing competition to be your motivation. I’ll share 5 of them:

1. Crab in a Bucket Mentality

We’ve all seen crabs in a steaming hot pot try to fight their way out, only to keep the next crab from making it out. As a result none of the crabs escape the pot. The irony is that if they worked together, they could. We as humans do the exact same thing. When we see someone working on similar projects and maybe receiving more attention, we freak out. We feel we have to compete, but we compete out of insecurity, fear, envy or control. There’s this anxiety of “losing.” When we think in this way it is a disservice to our own communities and ourselves. We are withholding helping the next one “out of the bucket” so to speak, with the fear that they will take our spot. But in reality if they are successful in similar endeavors with our without your help, it should only be comfort in knowing that you are just as capable.

If we’re being honest, scrolling through Instagram and other social media we find that everyone is trying to work as artists in some form or fashion. The ones that tend to be the most impactful however are ones with purpose and authenticity. So when we compete, we tend to look at those who seemingly have success in the same areas and copy what they’re doing. While its okay to educate yourself on the journey of others to implement into your own as a way to encourage yourself, emulating aesthetic, projects and style is inauthentic and boring. Art and entrepreneurship is about combining your talents with your compassions and making a difference in some way. Will there be similarities? Sure. But you can’t make a difference, if your work is the same every other artist.

Competing is exhausting, not exactly physically (although it can be), but mentally and emotionally. I had to learn and learn quickly that people are fickle. One day they like you, the next day they hate you. If you constantly are looking outward to stay abreast with what everyone else wants, you are going to lose energy, because you’ll never feel like what you’re doing is good enough. Competing with others as a form of motivation means constantly comparing yourself to others, which is a horrible idea. You lose what makes you unique, and the creativity begins to die. So if you want to be at peace with yourself and your craft do what you do best… you.

When you’re competing with others and comparing your work up against theirs, you’ll have moments where you’re afraid to release a project, post work or start a new series you’ve been thinking about because you fear it won’t be good enough. A mind that says, “I have to be the best” is a trapped one because you’re looking at the world’s standard of best. If you’re competing with anyone it should be yourself to be better than you were the day before. Looking at the world will strike feelings of inadequacy, because if we’re being brutally honest, there’s someone that’s always going to be more talented in the eyes of the world. So don’t compete with others, if you do, you risk feelings of fear and insecurity.

If you’re trying to compete, you’re already distracted. Your purpose, craft, projects etc. is yours and unique to you. The moment you begin to look outward for validation and to make sure you’re doing the right thing, you’ve gotten distracted. What you’re saying is “I don’t trust what I can do, let me look at what you’re doing and or how you’re doing it.”  Doing this is selling yourself short. You should instead be cultivating your own skills and growing each day.

The temptation to compete with a forever- advancing world is a tough one because the world attempts to set a standard. But it is so freeing to know that I don’t have to succumb to those pressures. I can follow the path that was given to me and only me, and no one can compete with that.