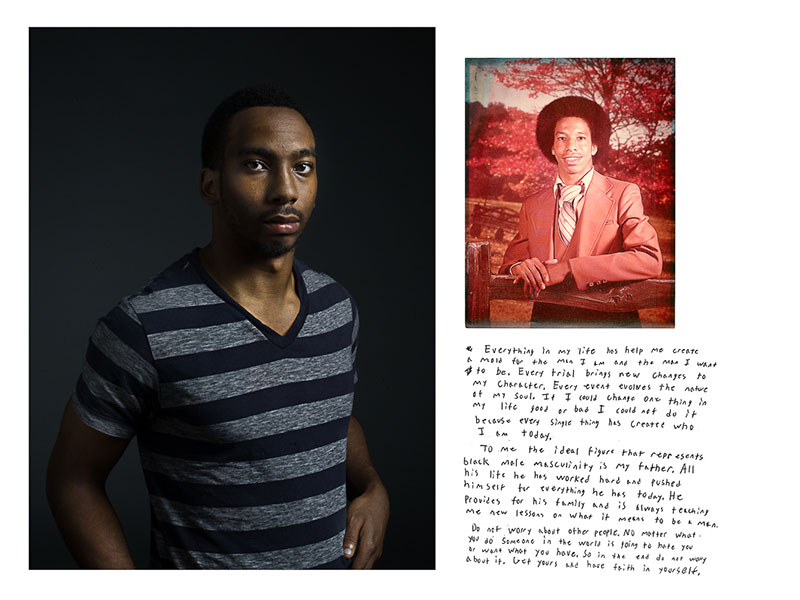 It’s sad in 2016 we are still discussing topics such as racism, social injustice and equal rights. Minorities learn to live with a buried fear due to their differences and are often subjected to the close-minded perspectives of some of the majority in our country. While there are several devastating routes, especially Blacks and Hispanics may take as a result of the exclusion, including gang activity, drug dealing, violence, suicide etc., there are alternatives to fighting and to breaking the prejudices that cause division in our nation and in our own communities.

Joshua Rashaad McFadden an award winning visual artist based out of Atlanta, GA has taken full advantage of his artistic gifts and will to make a difference amongst people who look just like him. He’s responsible for several groundbreaking series, After Selma,  Colorism and Come To Selfhood to name some of his most recent. He explores what many are afraid to explore. And while others fear derives from the lack of sources, he does it with everything he’s already been given—his remarkable gift to create. I was especially drawn to Colorism— a series that stirs conversation on discrimination within the black community.

He revealed starting the project because of a social media trend, “At that time there was a jolt of Memes about light skin- dark skin, light skinned girls be like, dark skinned girls be like, and I found that very problematic. I wanted to go deeper into why this was a topic.” Soon after, he attended a party one night, where the topic of Colorism came up. He noticed how the discussion grew from a light conversation to a hurtful war on skin complexion—it was then he was affirmed that he must continue the work on the series.

Colorism is a topic that affects the black community and is perpetuated in the media. This idea that you must be light skinned to be desirable or feel superior is one that comes from our history of slavery and how slaves were divided into house and field slaves. The issue has caused much heartache and trauma in the black community. Joshua has named it his most controversial piece thus far, and when it comes down to a solution he believes, “It will take a lot of education, not just school book education, but passing on the history that still impacts us [today] , in a way that it is effective.” The piece has received world-renowned recognition and can be seen at Alanta’s popular Atlanta Beltline. 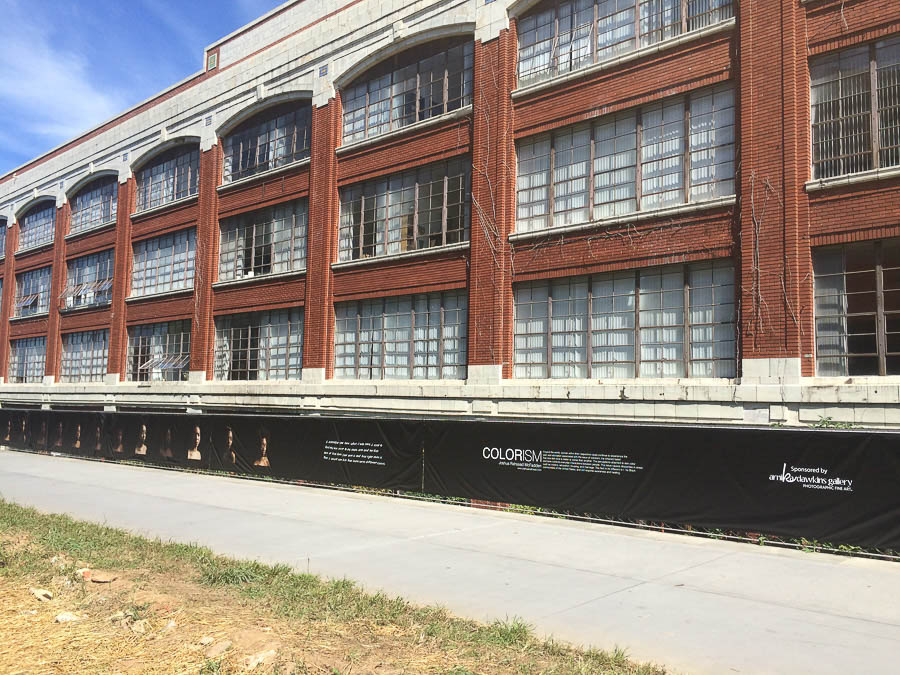 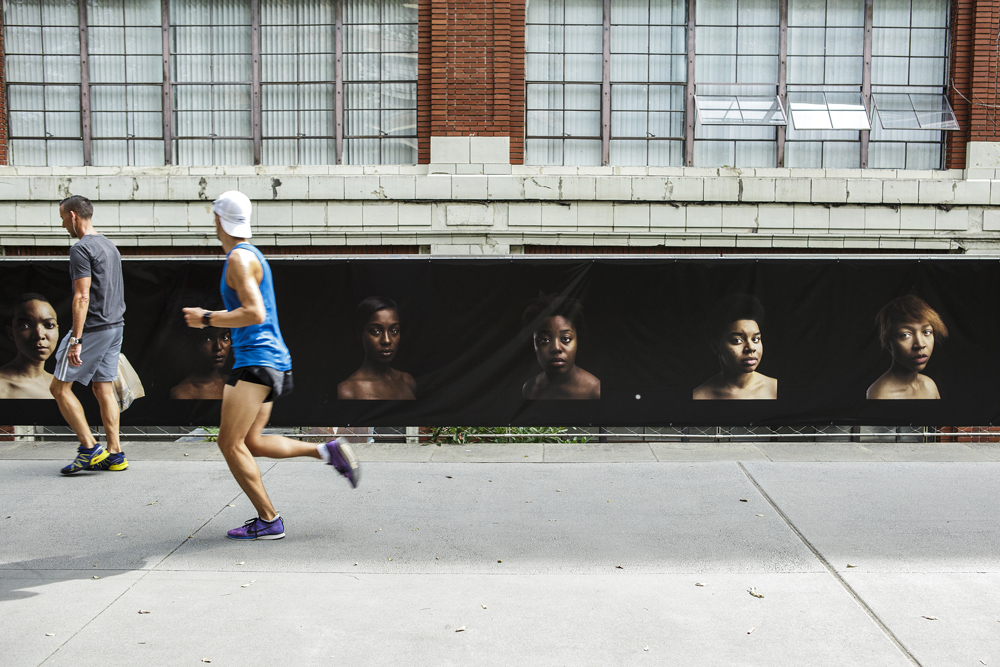 More recently Joshua’s conversations on black identity extended in a new form in his book Come To Selfhood— exploring the identity of black males in our society, discussing the bleak perceptions of the black men as thugs, intimidating, violent, etc. He realized during the disturbing murder trial of 17 year-old Trayvon Martin how dangerous these perceptions, “Trayvon Martin was killed because of how he looked and what he was wearing—a black hoodie,” he stated.

The case marked a pivotal point in the black community, “He was our generation’s Rodney King… so I wanted to do this project because it seems our true identities are invisible and that’s what’s cause[ing] death.” Come To Selfhood documents several black males with handwritten confessionals of their role models and sentiments on what it means to be a man— alongside each note is an image of the men’s fathers. The series is honest and vulnerable, shining light on a taboo topic. There’s an authenticity in the subtle details, like scribbles from the writers crossing out words, the variations of handwriting and the beautiful photographs of generations of black men.

“My purpose is, live to inspire, to help others and to educate with my gift.” 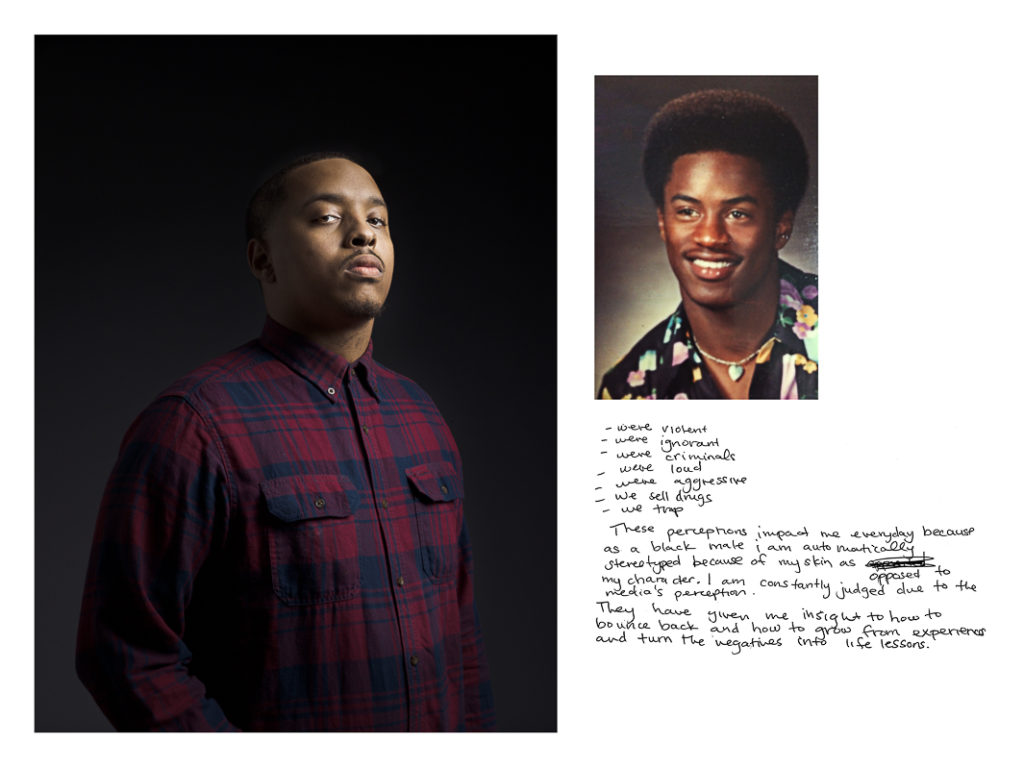 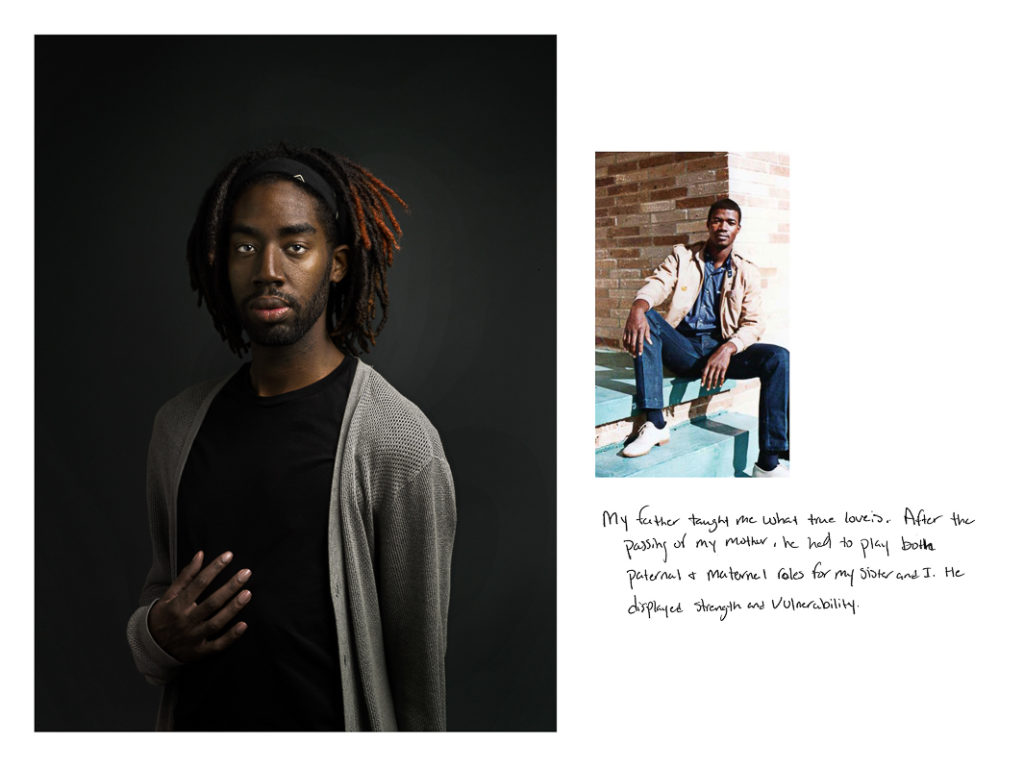 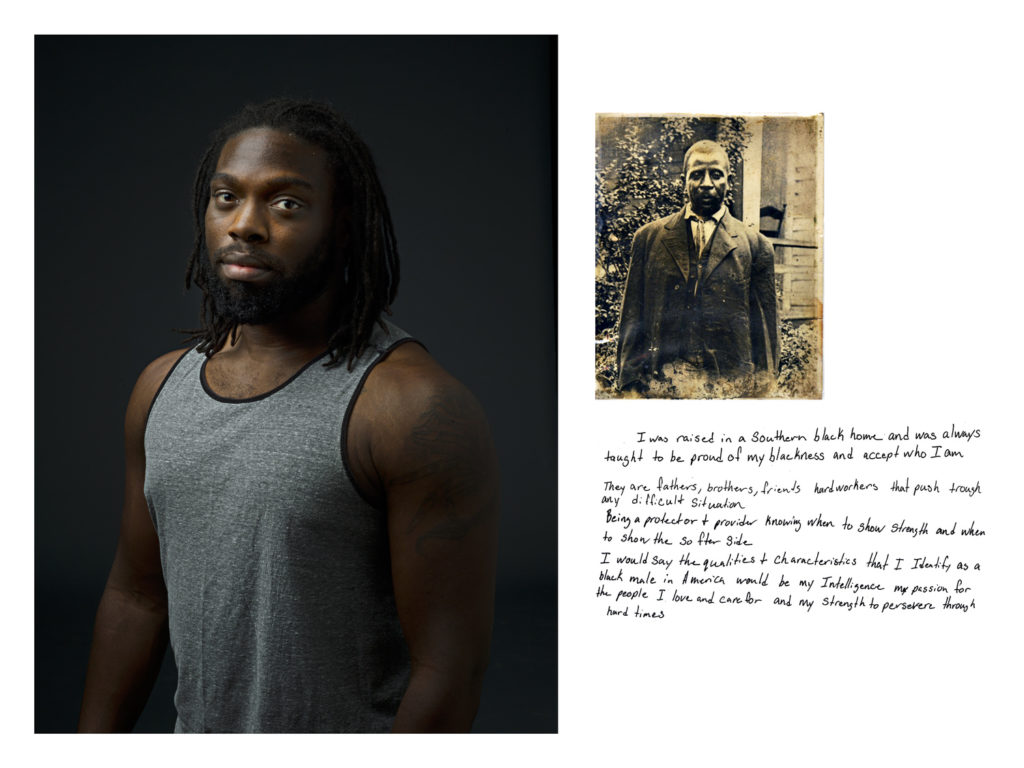 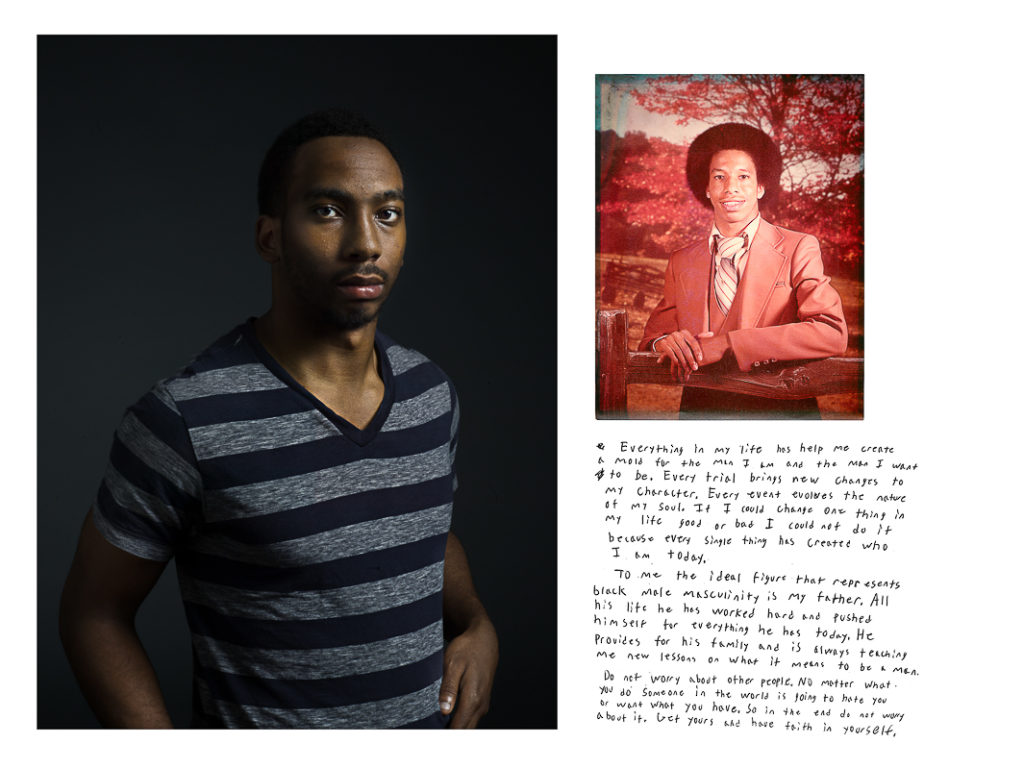 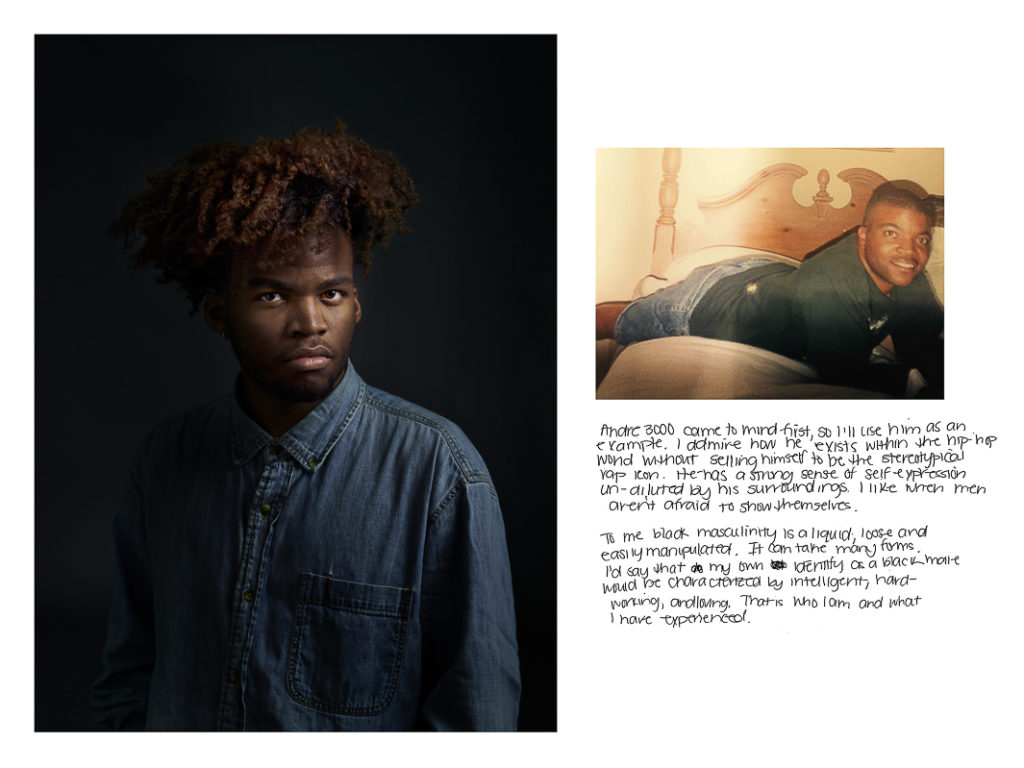 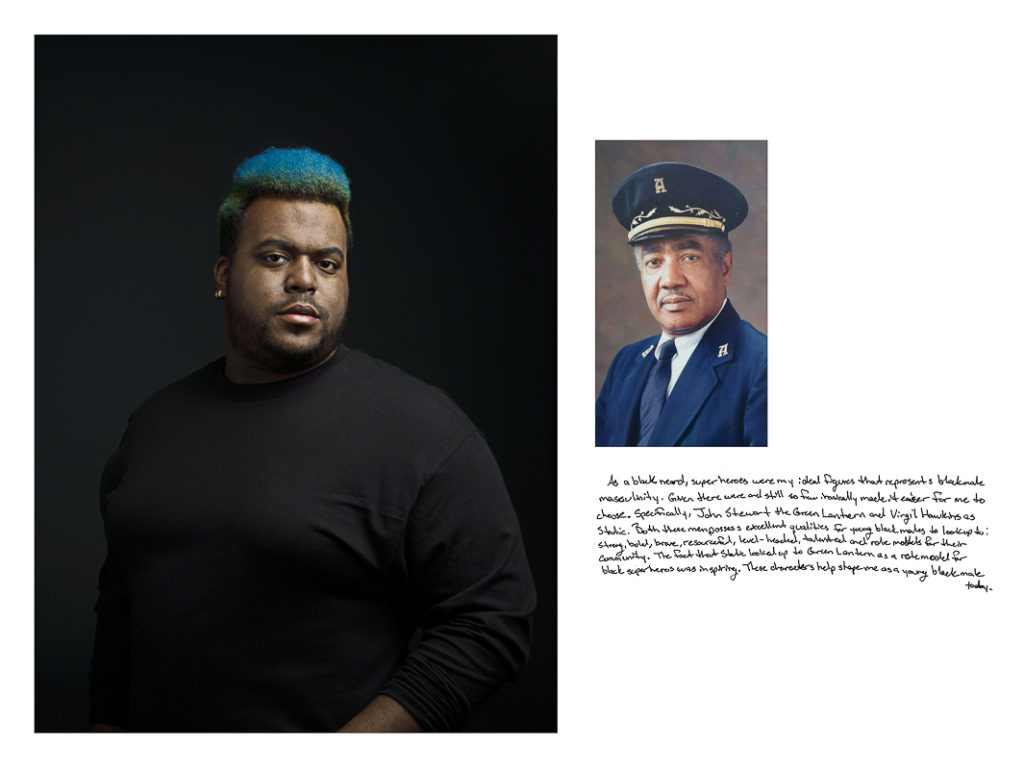 Joshua Rashaad McFadden’s is an artistic activist, speaking out through his work. When discussing purpose he told me, “My purpose is, live to inspire, to help others and to educate with my gift.” And that’s exactly the impact he’s had. Colorism and Come To Selfhood are projects that are breaking perceptions and educating the world on hidden issues in America. And his work will only continue to transcend, as he is truly an artist for this generation.

Order Come to Selfhood here, and view more of his work on joshuarashaad.com.