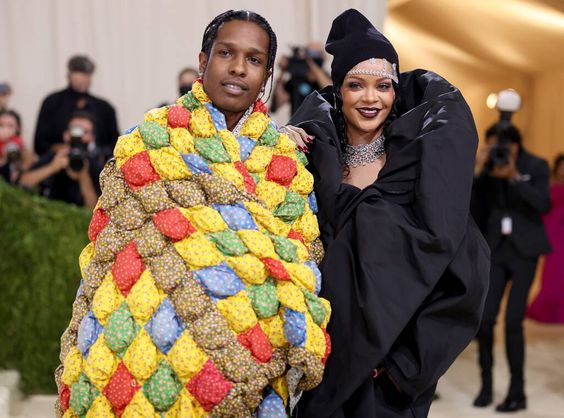 After experiencing a year of no Met Gala, Monday Sept. 13th marked the commencement of fashion’s most anticipated event of the year, and surprisingly it lacked seasoning. My mind is left with so many questions that I know aren’t going to be answered, nor do I feel as though there is a justified answer. While attendees like the Somali- American supermodel Iman left a remarkable impression, others left a bland taste in fashion gurus’ mouths.

Spectators all over, including myself were filled with disappoint and confusion after seeing the lack of creativity and representation of Black designers at this year’s “In America: A Lexicon Fashion”  themed fashion extravaganza. Throughout time, Black people have always contributed large portions of fabric that clothes America, only validating that American culture would be non-existent without Black culture.

So why when the opportunity presents itself, attendees suddenly forget who they’re constantly channeling and pulling inspiration from for their everyday looks? Why did only a handful of attendees like Keke Palmer, Alton Mason, Jordan Alexander, Sha’Carri Richardson, Kehlani, Eva Chen, Kid Cudi, Megan Rapinoe, Ilana Glazer and AOC decided to pay homage to Black designers?

It’s sad to see that after all the conversations that Black innovations have started in almost every lane of fashion just so easily got forgotten this one night, but can be referenced as soon a brand wants to start focussing on inclusion. Clearly the assignment wasn’t understood because if it were, the red carpet would’ve been filled with the finest pieces inspired by Black designers’ contributions to American fashion from Black attendees and from people who claim to be allies of the Black Lives Matter movement.

Rihanna channeled how Black people in a hoodie are always negatively depicted to come up with her look. Within the past year, inequality with the Black community was brought to light causing a huge  global awareness. During this time, supporting Black owned brands was at an all time high. Many so-called allies took to social media to post black screens in solidarity, as if that was enough. No, it’s not up to our allies to fight for us because even some of our very own let us down too, but once again our culture is not a trend. This event showcased how performative peoples’ stance is when it comes to us fighting for equality.

I rather them continue to watch and stay mute instead of picking and choosing when they want to stand in solidarity. Especially because we as Black people don’t get to pick and choose the color of skin,  hair textures or the problems we go through. We’re not granted the opportunity to pick and choose when we want to be judged for solely existing. We were created this way intentionally. Our God given traits are a blessing and we wouldn’t want it any other way.

Society constantly capitalizing off of Black people and their authentic styles without giving them any recognition is blatantly disrespectful because our creativity is a stem of the expressions that we feel from the experiences that we grow through. It’s safe to say that the playing field isn’t fair in this industry. Most of the time Black designers land on top is because of the opportunities that they create for themselves.

If anyone deserves an applause it should be Lewis Hamiliton, one of Britain’s most legendary race car drivers. With the intention to showcase the intersection between fashion, music and sports, Hamilton bought a $300,000 table at the Met Gala and hosted it for emerging Black designers. The table consisted of his stylists, Law Roach, Edvin Thompson of Theophilio, Kenneth Nicholson, Jason Rembert of Aliette, some of who dressed celebrity guests like Kehlani, Sha’Carri Richardson and Alton Mason. Overall Hamilton celebrated this night  by using the Met Gala’s platform to honor Black creatives and their non-stop push in the culture.

While these amazing figures were in attendance, I couldn’t help but notice one person missing in action. As we congratulate the longtime pioneer in fashion, Daniel Day  “Dapper Dan” for recently being honored by The Council of Fashion Designers of America, Inc. to receive the Geoffrey Beene Lifetime Achievement Award. A Black innovator breaking two records by not only being the first Black designer to receive this award, but also the first designer to receive this award without ever having a solo fashion show. This achievement is nothing less than well-deserved and long overdue! For decades he has served as the King of up-cycling streetwear into high-end fashion couture, but why wasn’t he in attendance?

As well as Telfar Clemens, someone who recently changed the game within a year.  Clemens appealed to his culture by redefining what a designer luxury bag is. Literally every corner you turn, you see a Telfar bag. He still has people sitting at the edge of their seats, eager for his new duffle bags that he showcased in his SS 2022 show.  Clemens is currently nominated for the American Menswear Designer of the Year and the American Accessories Designer of the Year by the CFDA. If his work, that  is evidence of all the blood, sweat and tears that goes into his artistry is worthy of these awards, then his attendance and creativity should’ve been even more worthy of being present at this year’s Met Gala.

If you’re not familiar with how getting a table at the Met Gala works, well let me inform you.  In order to attend one fashion’s biggest event designers buy a table going for at least $275,000 where they then invite celebrities , but it doesn’t stop there. Regardless of how much money designers spend on a table, their list of attendees must personally get cleared from Vogue’s Editor-In-Chief, Anna Wintour. Do you see how this makes it difficult for most emerging designers to get a table or let alone an invite? It’s almost hard to avoid the possibility that the lack of Black culture at this year’s Met Gala was intentional.

This also means many Black + POC designers may be overshadowed by these well established European houses and/or not have funding/resources to have presence on the carpet, tables at the gala etc like them — even if they are in the exhibition

The Met Gala always being held at the Metropolitan Museum of Art means we need attendees showing up in some of the most jaw-dropping custom outfits. Showing up to this invite only event means you understand that you’re strutting the red carpet ready to be performative. The Costume Institute announced that this is a two part exhibition, with the second one being held on May 5, 2022. The theme is  “In America: An Anthology of Fashion,” and hopefully this theme will spark attendees to be clever, leaving bold statements with their gowns. This time around these Black designers and their constant contributions should not be forgotten.