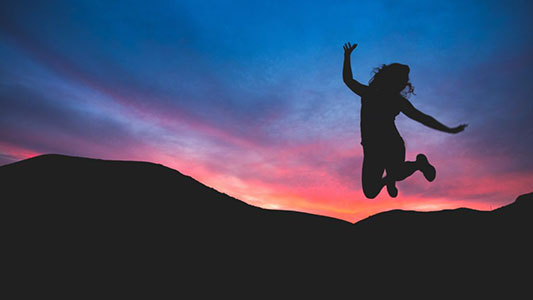 I know I’ve dealt with the frustration of wanting to speak on topics or post a photo or video, but have changed my mind because the fear of the response or lack thereof. Acceptance for me is like the annoying flies at the cookouts that keep you from fully enjoying your meal because you’re too worried about them landing on your food.

Acceptance, fear of what people think has worked in the same way, it has kept me from fully enjoying my life. I can’t fully be myself because I’m constantly comparing myself or afraid others may judge me. The anxiety of wanting people to accept you, but having to have the peace if they do not is not easy. So the easiest thing to do has been to do nothing at all.

What I’ve realized however is that if I continue to live my life with people in mind. Fear of what people might say about me or their perception of who I am, I won’t fully live. We are all unique and called to live to our fullest potential— not just barely make it. So I am vowing to push past my comfort zone this year. I will not be bound by the opinions of others. Not everyone is going to like me, and I can’t stop being me because of it. So here are 4 things I’m reminding myself:

I wrote a post about comparison that you can read here. Comparison is such a disservice to yourself and the God given talents that you were given. We often don’t do what it is we are called to do because we are always looking to the left and the right. One of the biggest problems with comparison is you’re looking to someone who is either living out their purpose, which is unique to who they are or you are comparing yourself  to someone who on the outward seems to have it all together, but deep down they are enduring their own turmoil. Remember majority of what we see on social media are just the highlights; people are less likely to share their trials and challenges on these platforms. Stop comparing!

If you want to do anything great on this planet we have to be prepared for the opposition that comes from doing something out of the ordinary. If we frame the mindset that we can’t vocalize our beliefs, express our creativity or simply be our full selves due to the fear of what others may say about it, we’ll never live a fulfilled life. Re-framing ours minds to remember that opposition may not feel good because our intentions when pursuing are purpose is not usually to gain enemies, but in the same breath we should not be living FOR others to accept us because doing great things will come with criticism. It just will.

Martin Luther King is my favorite example to use when it comes to leadership for reasons I don’t have to mention. But what if Martin Luther King allowed fear, comparison and the huge opposition he faced everyday to stop him from doing what he knew he was called to do? He had to push past those toxic emotions because he knew his purpose. He was called to make global change. And regardless if we feel our purpose isn’t as great as his, there is someone that needs you to do what you are called to do—even its just one person. Think about it. There had to be one person that was a huge influence in Martin Luther King’s life. If they had given up, maybe he would have too.

I read once that the greatest regrets are typically not what you did, but what you didn’t do. All the ideas, thoughts, and creative ambitions you had in your heart that you didn’t use because you were afraid of what others may think of you. When you’re 100 years old and coming to the end of your life, you should have the confidence to say you lived the life you were called to live. You made some mistakes along the way, but you didn’t allow the clutter and opinions of the world taint your purpose.

The Zeal Life Intro Video, The Reason For It All

The Zeal Life- The Reset