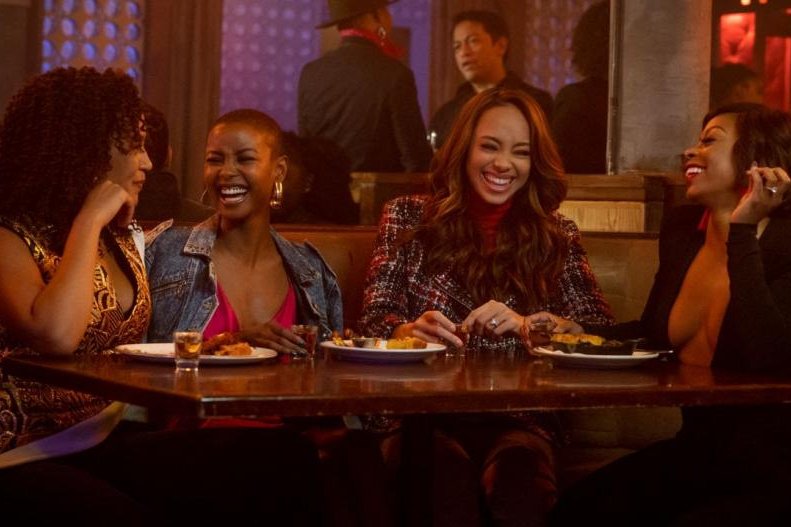 Throughout my life I have had an affinity for turning to television as a sort of guide in life. I did this when I wanted to pursue a career as a dancer and rewatched Bunheads and Dance Academy ad nauseum. I did it when I was going off to college and Grownish became the blueprint for navigating tough situations on campus. I even still do this now as I pursue my career dreams endlessly watching and rewatching shows like the Bold Type that show the women behind iconic fashion magazines.

For years I studied these shows as I envisioned myself in these situations, it’s my version of manifestation if you will.  And now as I sit as a 20-year-old almost college grad moving into the next phase of my life I’m more than happy to say that I’ll have a new show to add to my repertoire of tv series that I structure my life after.

The new television series, set to hit Starz on May 16, Run the World,  may just be everything I need right about now. The series follows the life of Whitney Green (Amber Stevens West) Ella McFair (Andrea Bordeaux), Renee Ross (Bresha Webb), and Sondi Hill (Corbin Reid) a group of four young Black navigating life in Harlem. The recently released trailer was complete with all of the Black Girl Magic and big city fabulousness that I have been yearning for in a tv series. The show brought to us from the creator of Living Single celebrates what it is to be an ambitious, fun-loving Black young woman. With the feel of a modern-day Sex and the City, young girls everywhere will not only be able to picture themselves as a part of this big crazy world but running it.

See the full trailer below:

Founder of Pop of culture, Nyema Igwe talks Entrepreneurship and how to support Black start-ups

Not The MediA Using Interracial Love as Tokens in entertainment