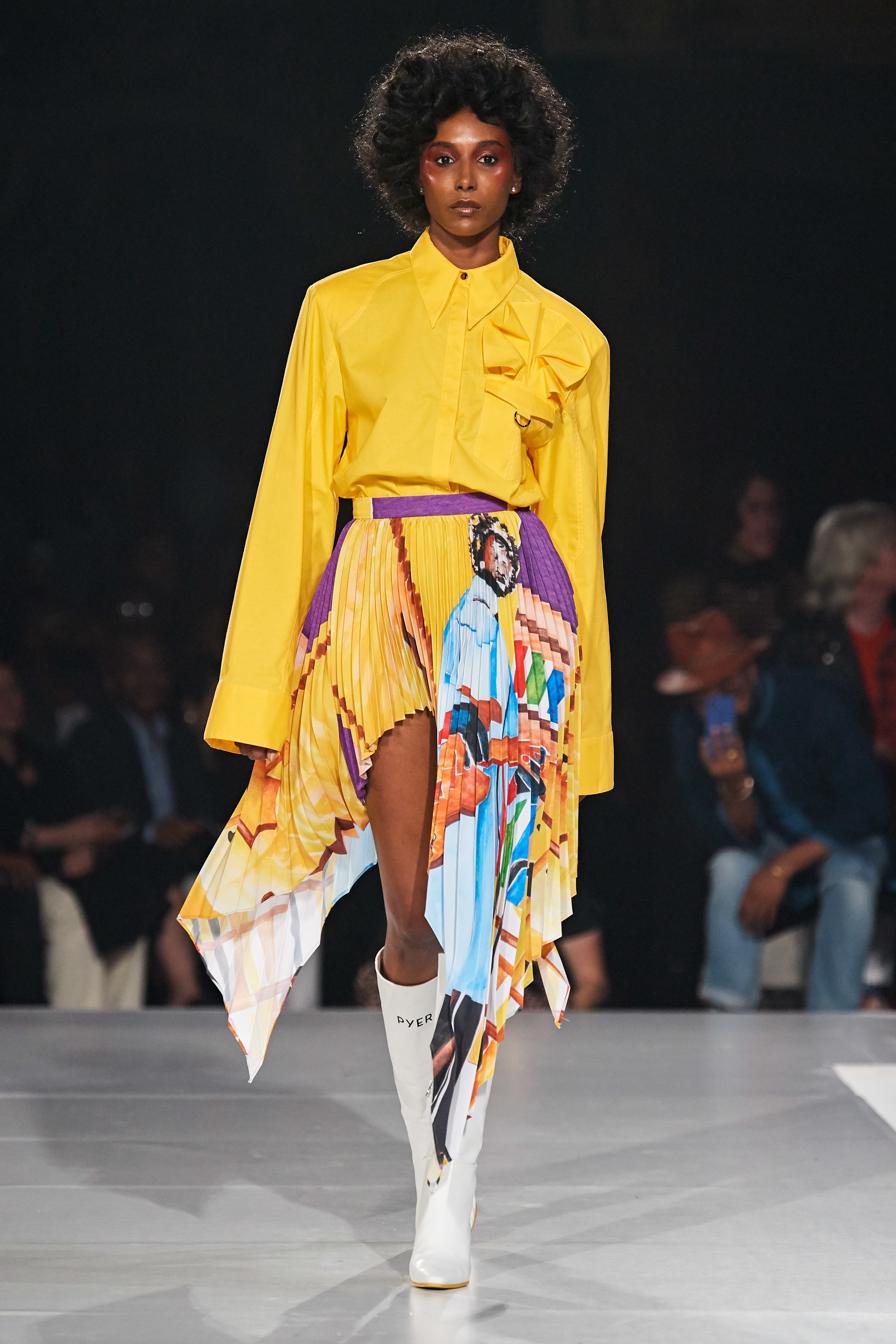 New York Fashion Week O has come to an end, and it was brand, Pyer Moss that shut it down. Designer Kerby Jean -Raymond, the founding father, put together a show that not only makes you want to trade out your entire wardrobe for Pyer Moss, but also a show that enlightens and educates.

For Pyer Moss Collection 3, Kerby collaborated with Richard Philips, an innocent man that spent 45 years in jail for a crime he didn’t commit. He tells Pyer Moss in an intimate interview, “one day too many is too many to spend in jail for something you didn’t do.” His time while not justified, was not in vain. Philips used that time to cultivate his passion for art, ” the artwork was keeping me from worrying about my kids, the streets… I had to use that inspiration that inner love for art to sustain me.” His use of vibrant colors and beautiful depictions of life reveal that although his body was incarcerated his spirit flew free.

The Pyer Moss x Richard Philips Spring 2020 collection is a seamless partnership. The bones of Pyer Moss is to bring awareness to social issues through fashion. Pairing Richard’s divine paintings with the grandeur and grit of Pyer Moss birthed a story with many nuances. A piece of this narrative further reveals the injustice of innocent incarcerated black men in the United States prison system and allows the opportunity for the audience and customers to learn Philip’s story.

The designs encompass the movement and meticulous color story of Philips’s art. Jazz influences are woven into the collection through Kerby’s choices of shape, flow or intentional instrumental placements–piano keys at the hem of a jacket– a jacket the shape of a guitar. The details are infinite and significant. There’s not a single piece that doesn’t make a revolutionary statement.

And the gag is that Pyer Moss Collection 3 includes the work of two black men who closed out the first week of the world’s biggest fashion show, with the best designs of the season and brought awareness to a large social justice issue. They did this unapologetically and in style, as we tend to do.

You may also like: A Brief History of Black Inclusion in Fashion: Inclusivity is Important, But Ownership is Indispensable

A Creative Icon, Our Favorite Missy Fashion Moments + ‘Throw It Back’ Video