The government is so focused on policing bodies and womxn’s rights, the erasure of black history, regulating LGBTQ persons, immigration, etc.

Meanwhile, there is no regulation for guns that continue to make this country uninhabitable. That are killing our children, our elders, and our loved ones. Considering that firearms and ammunition had an economic impact of over $70 billion in 2021, there will be no plans to do anything.

He states, “this is a constitutional authority that people have and they certainly shouldn’t have a piece of paper from the government to be able to legally carry a weapon.”

Those in power have no regard for the policies that keep citizens safe. The agenda in America has been and will continue to be power, control, and capitalism. And they will continue to use their “Christian values” to justify
their lack of action.

How many more elderly citizens, children, and innocent people will die before change happens? The Sandy Hook shooting occurred nearly a decade ago; the Charleston church terrorist attack occurred seven years ago. When will it end?

So while I typically air on the end of hope. My optimism is laid to rest. After all, it’s America. We know where we’re at, we know who we’re dealing with, so call a spade a spade. America is poisonous. Buffalo, NY massacre happened 11 days ago, and the discussion was already quiet. America intended on doing nothing, and they’re still not going to do shit. Or perhaps just enough people have died to make a difference, but that’s wishful thinking.

Afropunk Miami 2022 Was One For The Books 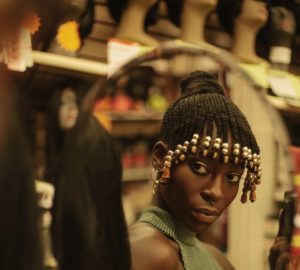