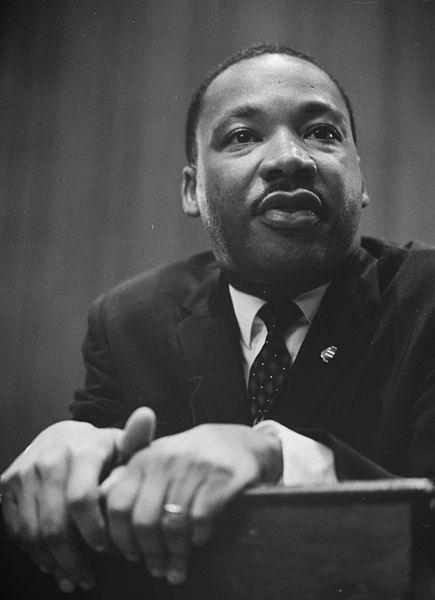 His Fight for Economic Inclusion The Other America

When Nipsey Hussle was assassinated last March, his message of ownership and economic empowerment spread like wildfire. The black community was moved to action, myself included–educating ourselves on generational wealth and economic power. While it was Nipsey who woke a lot of this generation up, Nipsey was influenced by Civil Rights leaders X and shared a similar mission of Martin Luther King Jr., and as we celebrate Dr. King today and it is important to highlight a mission he is not recognized enough for, economic inclusion.

I’m embarrassed to say that it is only during my own research that I learned Martin Luther King Jr. was a heavy advocate of economic inclusion. That is ultimately why he was assasinated. We are only taught in schools about his fight for desegregation and the awe-empowering I Have A Dream speech. During an interview with Byron Allen before her passing, his wife Corretta Scott King got honest and vulnerable, “They didn’t kill my Martin over I Have a Dream, they killed him over the speech, The Other America. That’s why they killed him… what does it matter if I can sit at the same lunch counter as my white counterpart, and I cannot afford the same hamburger.”

During the time of Martin Luther King Jr.’s death, Corretta claims the movement had made great improvement in desegregation. It was the economic inequality that needed change. In Dr. King’s The Other America made at Stanford University, he outlines that equality does not end with integration.

We live in a capitalist society, so in order to live financially fulfilled in the United States, you must own capital. It is not new news that slavery placed Black Americans behind and each time our community made huge strides in economic freedom, White America attempted to destroy it. Black Wall Street out of Tulsa, Oklahoma, is the most talked about, but there were several including the Atlanta Race Riot of 1906.

Not to mention the leaders who are assertive in educating the black community in the power of economics are often violently taken from us. Yes, Martin Luther King Jr. fought for civil equality and fair treatment of Black Americans, but he knew that we could never be truly equal without a fair economic chance.

Martin Luther King Jr, The Other America speech was made over 50 years ago, but the black community is still one of the groups in North America. According to Policy Institute, “there has been no progress on closing racial pay gaps since 2000.” Most young white Millennials and Gen Zers have parents that educate them on the importance of owning real estate or small businesses, the power of saving and investing. Most young black Milineals and Gen Zer’s parents are not financially literate. It is this generation that is working to break the cycle to ensure that generations after us do not have the same financial fight.

As we celebrate Martin Luther King Jr. lets not just share I Have A Dream. It is powerful, but it is not the full story of Martin Luther King Jr. If you haven’t, take the time and listen to The Other America, a declaration of economic inclusion for all Americans and honor his legacy by educating yourself to become more financially empowered.