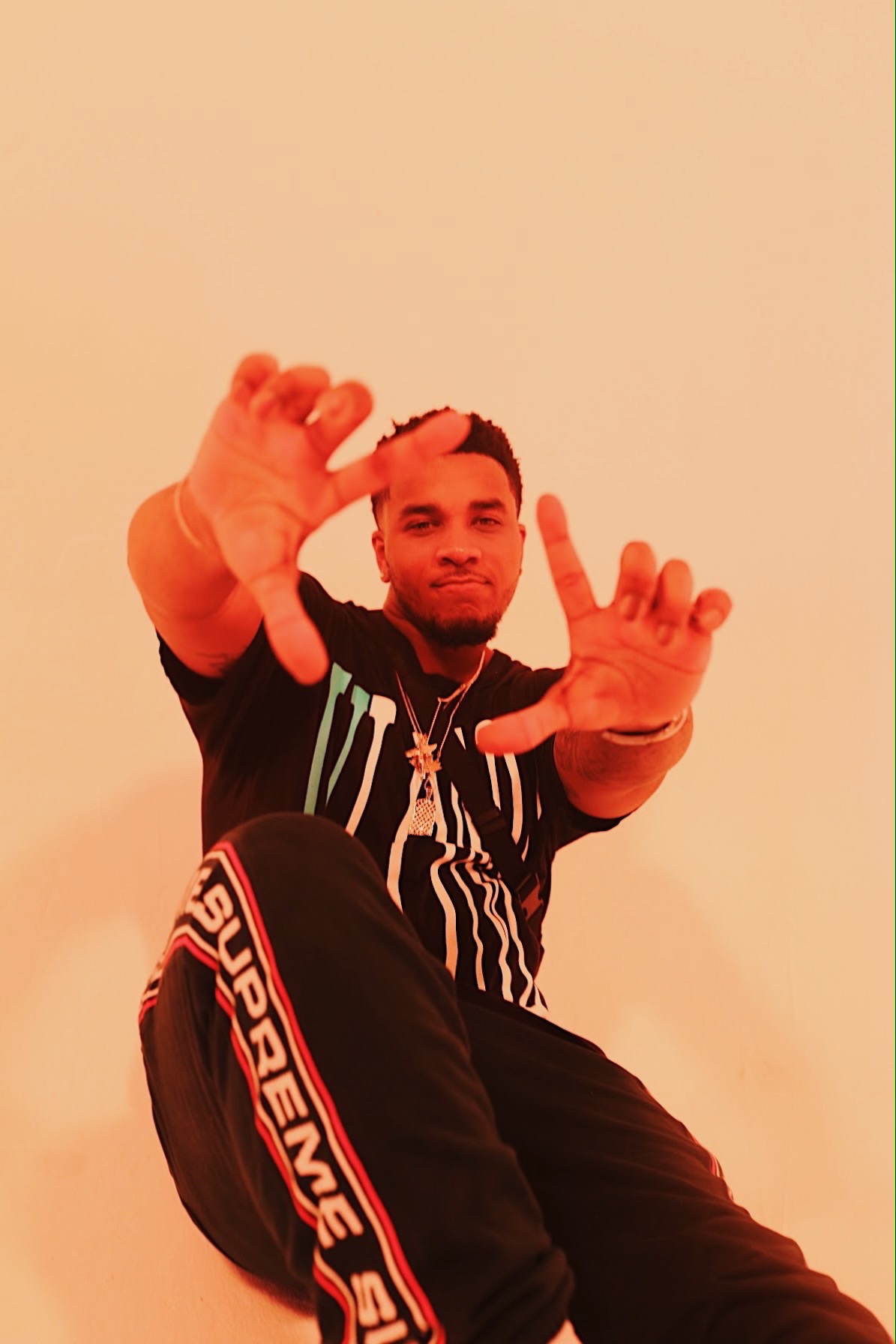 Get to know Lil Early based out of Toronto, he just dropped his newest project Team Rocket, he talks to us about his creative process behind the track and its visuals, his favorite artists in the game right now and common misconceptions of being the brother of an NBA star.

TZL:  We Always like to start with getting to know your background. Tell us a little of your story, what was your upbringing like?

I was born in Toronto, Ontario and raised by both my mom and dad. I come from a strong Caribbean background. My parents are both from Jamaica. I’m the second child of f 4 boys. My upbringing was very rough to be honest. My mom would wake up every morning at 5:00a.m. to drive the school bus and my dad worked in construction but had a side hustle. He would force me and my older brother to come on the road with him and that exposed us to a lot of things that kids should not be seeing at all. But things got better when my family moved from Toronto to Brampton, Ontario.

When I was a kid, I always wanted to be in the NBA. I always had dream of playing basketball until I unfortunately injured my knee in my prime, when I was in grade 10. I was slowed down for a while after that. I’ve always loved music but never knew if I wanted to do music as a career but one thing I know is that I would always day dream about entertaining a crowd of thousands of people.

TZL: How and at what point did you decide you were going to pursue music as a career?

The point where I told myself to pursue my music career is when I went to the studio with my friends one night for fun and went into the booth. Just like anyone who goes to the studio for the first time, you start rapping randomly just for laughs. My friends who I was with were like “Yo, you should start trying the music stuff, you have a unique sound and don’t sound like everybody else”. From then, I started taking it more seriously and then this year is when I really started focusing and getting more traction from my peers.

TZL: You are an Artist, Writer, Producer can you speak about your creative process and what inspires you the most?

As an artist, my creative process is tapping into a side of music that will be fun for people to not just listen to, but blast and vibe out when they might even be having a bad day. I carefully select my beats and my melodies and choose sounds that are uplifting. What inspires me to go hard is knowing that I don’t want any handouts– or in my case– I want a name for myself and [I want to] say I was able to be somebody from hard work and dedication.

TZL: What do you believe sets you a part from other artists in the industry right now?

What I feel like the sets me apart from other artists is that I know my sound, I’m specific about who I want my audience to be, who I am targeting and most of all, outside of music, I am a real human being with a welcoming personality. No one is bigger than life, and I understand that and I am able to resonate with my fans and connect with them on a personal level.

TZL: Your Brother is  NBA star Tristan Thompson, what are some of the mis-conceptions that come with being related to a well known athlete?

Well, with having a brother in the league, it honestly no different to me because this is my brother that I grew up with and grinded with and he’s been a superstar in my eyes from a very young age. But some misconceptions are that everyone thinks that just because you’re related to or close to this public figure, that you share a bank account and you share accolades but that is not true. Tristan makes his money, I make my money and we are both grinding respectfully in our own avenues. Life is good having a brother in the NBA, of course but I also understand reality and that life can change at any time so I remain humble.

TZL: Why is it important for you to pave your own lane and career apart from your brother?  What have been some of the challenges along the way?

The reason why it’s so important to have my own path, for me it was pretty simple. I hate when people try to say you live off your brother, or when someone says you’re only here because your brother etc. I’ve never wanted someone to feel like or try to even talk down on me, so I knew I needed my own grind to make sure I’m happy and I’m seen as my own person. Also, some challenges have been tough because sometimes you don’t want handouts or anything like that so you try to do everything without their help. But in real life, it’s okay to ask for that help and for someone to give you that push. At the same time, you have to challenge yourself to grow and to learn in life, so I make sure that I have my own, but [I] know my brother is there for me if I ever need anything.

TZL: You just dropped Team Rocket video, super dope! can you talk about the creative process on the visuals and concept?

My creative concept on the Team Rocket video was very well thought out. I just had to do something different, especially because right now in Toronto, there’s a lot of gun violence going on so I just wanted to deliver a video that’s joyful and me and my homies just having a good time. One thing about my videos is that I try to be different and allow the viewer to see the real me and show that I have personality. I like to go out there and have fun on camera. You will notice that all of my videos will be interesting in some way.

TZL: Who are some of the artists you respect the most in the industry right now?

Well let me start with some OGs in the game: DMX, Busta rhymes, 50 Cent, Master P’s hustle and grind was amazing too! Now with the new generation: Drake, Meek Mill , Young Dolph, Young Nudy, Young Thug , Lil Baby , Gunna This list can go on for a while because I really respect a lot of artists that are in the game right now.

TZL: Who do you believe is the best rapper to ever live?

That’s not even a question –[laughs] The best rapper to ever live is the guy who’s from Toronto ,Canada and goes by the name of Drake. No matter what people want to say about other rappers and although I have lots of respect for them, Drake is doing everything different and way bigger and doesn’t miss on a record at all. And his run is still going to this day and will continue on for a long time to come.

TZL: If you could collaborate with anyone right now who would it be?

If I could work with any artist right now, I would work with Da Baby, Young Nudy, 21 Savage, Nav, Lil Yachty and there’s also a lot of Toronto artists I’ll like to work with too like Killy, Why G, Northside benji, Da Crook and Pilla B.

TZL: What project are you most proud of, why?

So far, I am most proud of Team Rocket just because I can hear the growth with the music and it has the bop that I am aiming for. But if I really have to tell the truth. My favorite is something that’s unreleased but will be dropping soon!

TZL: If you weren’t doing music, what would you be doing?

If I wasn’t doing music, I would have loved to be in the NBA, no question about it! In my opinion, there is nothing better than being in the NBA. But when I am not doing music, I’m also a personal trainer in Toronto which I love doing as well!

TZL: What advice would you give to a young rapper, producer who is trying to break into the industry?

For any young artist trying to make something for themselves in the industry, keep it going! Only a select few get the “overnight success” that we hear about, but everyone is on the grind, so keep working! Not everyone is going to like your music and if I’m being real, don’t even expect your friends to support you or anyone in that case because you might end up disappointed. Focus on how you can get better each day. At the end of the day when you start finding your sound and your place in the game, people will join the wave. It sounds shitty but it’s the truth and everyone will see it sooner or later.

TZL: Can you discuss upcoming projects, events or collaborations?

I have another video/song dropping end of September called “Clean Money” that will also be on all platforms. I have some collaborations that will be happening by the end of the year with some Toronto artists. JUST WAIT ON IT!

DJ Rosegold Talks Djing for Obama, Cardi B & Advice on Being an Entrepreneur 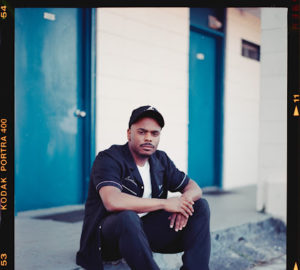 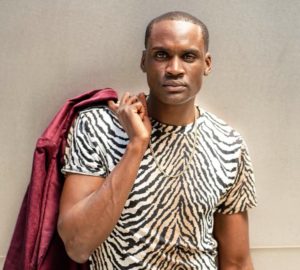