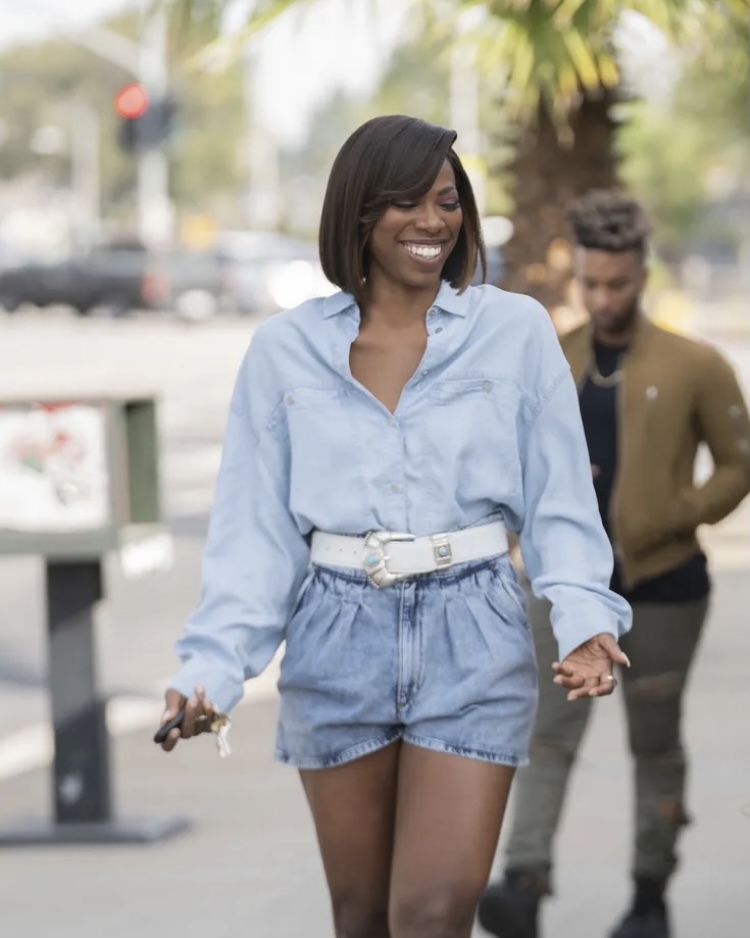 Oh, how I miss the days when Sunday evenings were reserved for new episodes of Insecure. A glass of wine, a candle burning just me and the leading ladies of the fan-favorite HBO show, it was bliss. So when the announcement of the final season it’s the news was truly bittersweet. More new episodes but then a final goodbye. It’s almost hard to imagine my weekends without the humor and drama that make up the lives of Issa and her friends.

So to prepare for the emotional toll of the final season I took it upon myself to rewatch season 4 to make sure I’m caught up for when things return. In the penultimate season, the central relationship was that of Issa and Molly. With tension building between them throughout the season, by the end, we were left to wonder where exactly this dynamic duo stood. Equal parts entertaining and infuriating. But the silver lining in all of this? Along with the drama that was brewing between Issa and Molly this season, looks the girls were serving were piping hot! After four seasons it only makes sense that as the characters have grown so has their sense of style. With Costume designer and stylist Shiona Turini leading the charge for costuming on set, we saw an elevation in the leading ladies’ style while remaining true to the characters.

So with a new season on the horizon it feels right to take a look at the LEWKS that this iconic pair served in season 4.

The star and most relatable character on the has a style that is all her own. Often in colors and print, she is the queen of casual style. Issa has always done comfortable and quirky in a way that felt true to who she was. As she matured through the show so has her style which truly comes to life in season four. As she getting her Block Party project running and all of her plans begin to truly come to fruition, we see our favorite awkward black girl blossom into a boss-ass businesswoman, and her style reflects that. With blazers dresses and sophisticated silhouettes that we hadn’t seen much of from the character before, the colors, patterns, and cutouts are all still very Issa Dee, just all grown up!

Now dressing is no new thing to miss Molly Carter! Throughout the entirety of the show, we could count on molly to serve a look. Being the highly successful lawyer that she is we would very often see molly dawning a killer suit. But in season four she manages to elevate her style whether that be what she wears in the workplace to what she wears on vacation! Becoming more and more successful it only makes sense that we see Molly dawning some big-name designers such as Max Mara, Saint Laurent, and Fendi. I mean a full Fendi outfit to go on a hike if that’s not goals I don’t know what is!