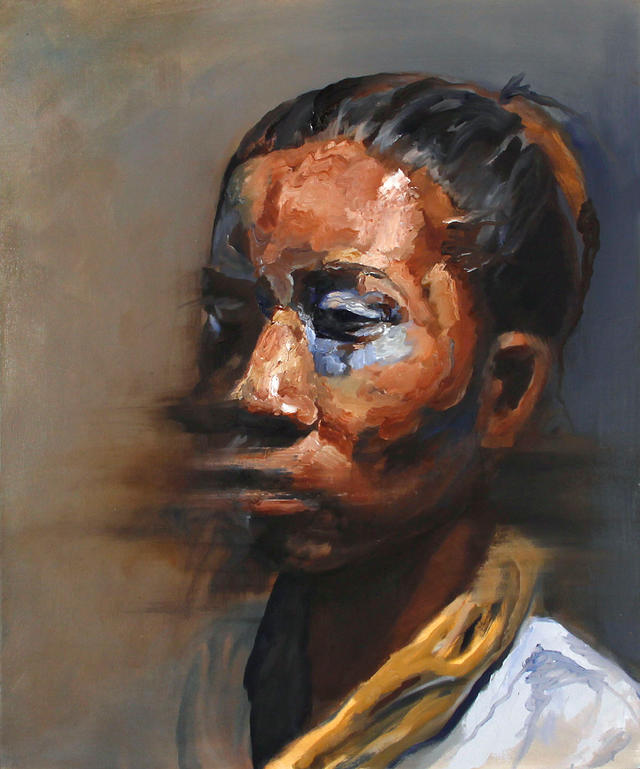 Atlanta has been known for spitting out talented artists for the past few decades–predominantly in the music industry. There is now however a conglomerate of different talents–with different mediums– making a mark on the creative map. Painter, Hasani Sahlehe is most certainly one of those talents. Born and raised in Saint Thomas– with a little push from his 12th grade art teacher– Hasani came to Atlanta straight out of high school to develop his skill as a painter at SCAD Atlanta. And although his abilities are evident, what sets him apart from a lot of painters is that he realizes learning his purpose is key to executing his best work. As artists it is easy to fall under the pressure of conformity to the status quo, but as Hasani says, “There’s nothing wrong with being yourself.”  His life transition as a believer in Christ was a pivotal point that brought new understanding and perspective to how he relates to others and how he could translate that experience into his work. His piece “Sweet” was a result of a renewed mind, that broke down creative stifling barriers and shaped his newfound spontaneity as a painter.

The pieces below followed Hasani’s artistic breakthrough. Although the paintings all speak individual stories, there is a continuity from “Sweet” that demonstrate a more confident artist. Dripping paint, unexpected shapes, clouded mixed colors that interact without effort and distorted imagery are all elements that point to an artist who is more confident, unafraid and more willing to take risk. And while his growth is infinite, Hasani found his voice as a human being– as a man–and so he found his voice as an artist.

Find more of Hasani’s work on his personal site and Instagram.

The Zeal Life, Living a Life of Purpose