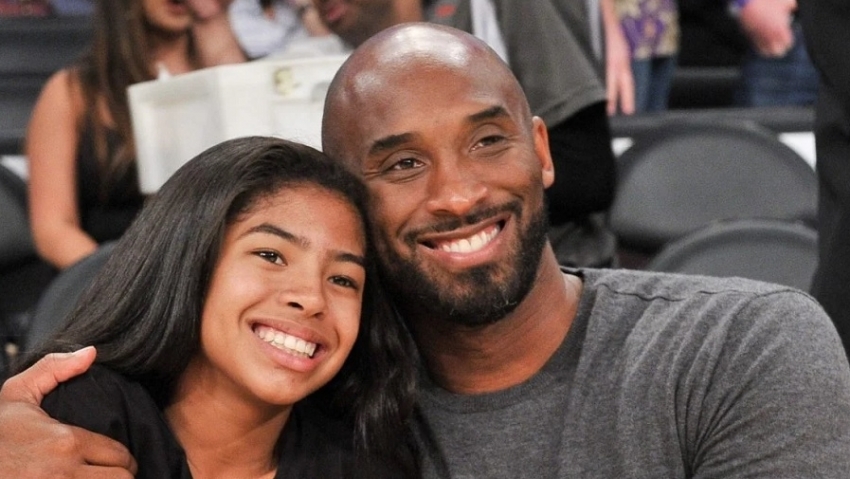 Kobe Bryant once said, “What people see on the court is another side of me; it’s not me”. Bryant was a dad first. ESPN sports anchor, Elle Duncan, details in a recent broadcast her personal anecdote with Bryant and shares his excitement of being a “girl dad”. Kobe’s daughter, Gianna Maria Onore Bryant, embodied resilience, determination, and innocence. the world mourns the duo and the 7 other passengers on the crashed helicopter.  Gianna stands as a legacy and role model for young girls all over the world. Here are 5 facts about our Gigi.

Contents
1. She Aspired to Attend University of Connecticut2. She Was Nicked Name Mambacita3. Basketball Was Always Her First Love4. She’s a Taurus5. She Was a Role Model

1. She Aspired to Attend University of Connecticut

Gianna had plans to attend and play for the University of Connecticut women’s basketball team in Storrs, Connecticut. Idolizing former Husky and current Chicago Sky player, Gabby Williams, Gianna was determined to attend UCONN. In a recent game on January 27, 2020, the team dedicated a jersey to her and placed it on the bench as a memorial for their forever Husky.

2. She Was Nicked Name Mambacita

Having a very close relationship with her father Kobe, it is no surprise she was succeeding in his path. He coached her at the Mamba Sports Academy for youth basketball and was a staple player for Amateur Athletic Union (AAU). Soon after a video of her recreating one of her father’s moves at an AAU game went viral, the world nicknamed her . And according to Fox Business, Kobe filed for Trademark rights on the name, only weeks before their passing. Gianna was the “son” everyone wanted Kobe to have. Her father was her idol, and he wanted her to be everything like him etter. In attendance of his final game, Kobe let the world know his daughter “got this”, and would soon continue on his legacy.

3. Basketball Was Always Her First Love

Kobe wanted her to not feel constricted to basketball, but Gianna had an eye for the game. In 2012, Kobe took her to an NHL game and later on that year flew Gigi and the family to London to witness the 2012 summer Olympics. Kobe a great father and influence, exposed her to the 2018 USA Swimming Phillips 66 National Championships. However, no matter the sport, she only had eyes for basketball. Gianna had plans to play for the Women’s National Basketball Association and follow in her father’s footsteps.

Born on May 1, 2006, it comes to no surprise that the talented Gianna Bryant is a Taurus. While the Taurus zodiac symbol exemplifies the bull. They are known to be physically strong, mentally tough, and connoisseurs when it comes to the finer things of life. Gianna’s birthright not only being a prodigy of her father but a depiction of her sign. She was determined to cultivate a path for women’s basketball, just as successful as her father’s. Bulls are known as powerful animals in history and Gianna was strong

Gianna struck the hearts of millions all across the world. And as we mourn, young girls around the world are inspired by her legacy. Gianna Bryant depicted to the world the epitome of practice makes perfect. Los Angeles Times writer Mary Mcnamara shared how Gianna’s death devastated the writer’s daughter. While young athletes around the world grieve the star’s death, they also remember her as a role model, that no matter the age you can still pursue what you love. She was and still is a beacon for young girls, and hopefully, we see our Gigi on Barbie’s next doll release rocking a number 2 jersey.

More from this author

Hate is a Taught Behavior and Kids Are First to Learn