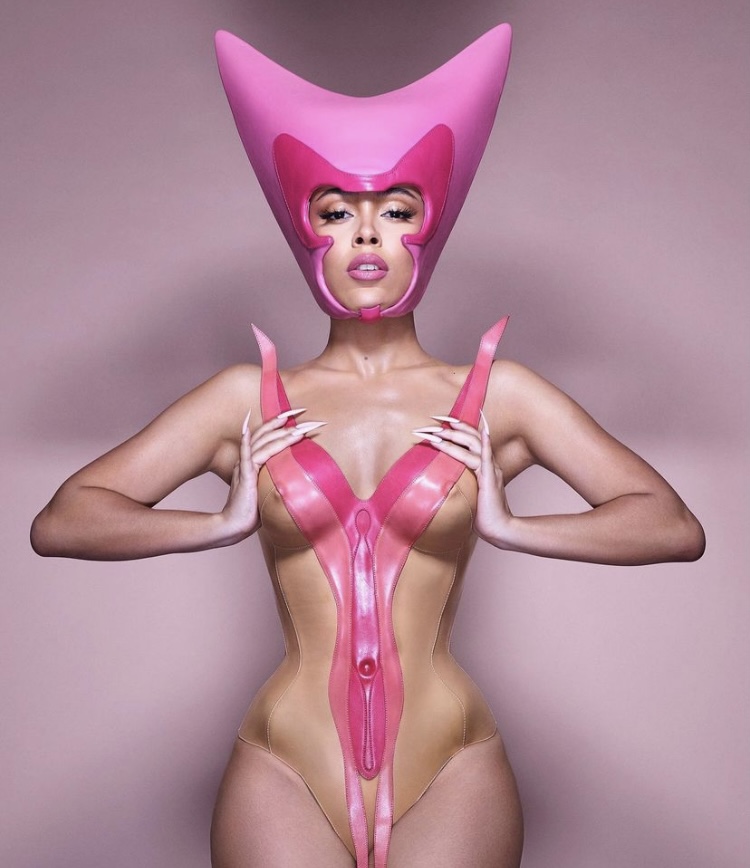 Only a week and a half away from the release of Doja Cat’s latest project Planet Her and from the looks of it we’re in for a real treat. Known for her creative and out-of-the-box visuals, Doja has managed to push the envelope even further with what we’ve seen from her new album. First, with the chart-topping Kiss Me More single feat. SZA, she transports us to a pastel-painted universe. And more recently with the release of her newest video Need to Know where she appeared as an alien as she takes us on a sexy intergalactic adventure. “Every video for Plant Her will be an exploration of different aspects of the planet,” said Doja Cat in an interview with MTV. “ I wanted it to be different, I wanted it to be otherworldly. ” And if these two videos are any indication of what’s to come, then she has succeeded in her mission.

The album, which was first teased in an interview in 2020, will be the artist’s third studio album complete with a 14 song tracklist with features from artists like SZA, Young Thug, The Weeknd, and more. As is shown in her videos Doja Cat is not one to be put in a box making it difficult to categorize her music which makes her more intriguing as an artist, the ability to move seamlessly through genres. But for her upcoming album, she has described the sound as being more rap-oriented. Reportedly, similar to her last album each of the songs will be a bit different but there will be an elevated level of consistency within the album as we travel through the realms of this planet that she has created.

Unveiling multiple visuals from the album via Instagram with photos by David LaChapelle, Doja Cat is making it clear that her creativity knows no bounds and her fans agree.

As excitement stirs through the Twitterverse in anticipation of Doja Cat’s Planet Her album release on the 25th the consensus is that none of us will be spared the wrath from the invasion of Planet Her.

Insecure Season 4: A look Back at Issa and Molly’s style