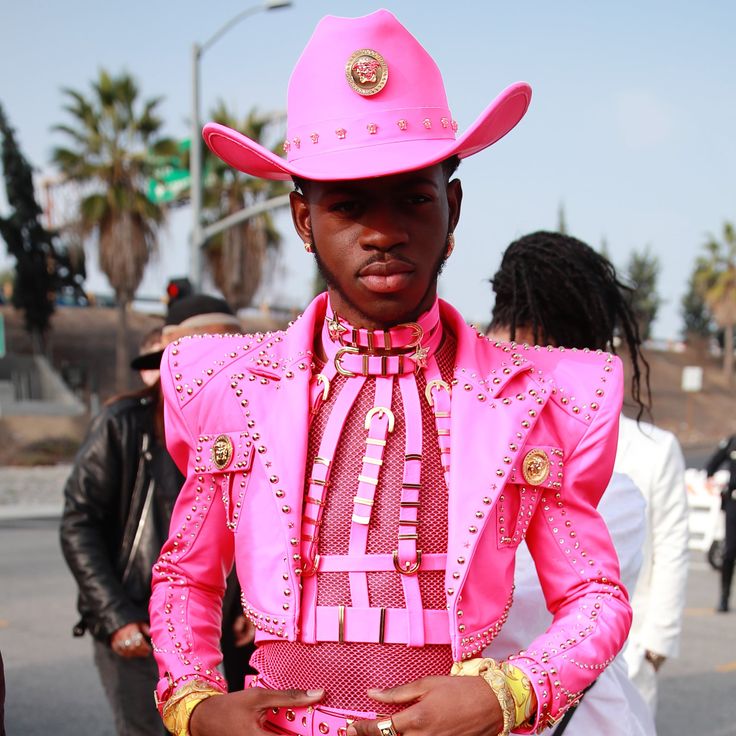 America doesn’t nearly brag about the contributions that Black people have made, especially when it comes to the Western lifestyle. Yes, Black cowboys were and still exist, and some of favorites creatives are here to remind us of our history today.

If you’re anything like me, documentaries are more than likely your comfort films, accompanied with a glass of wine and sweet potato sushi rolls. No, but why am I suddenly manifesting how I aspire my night to come to an end after this very long day. Last night, I watched a short documentary by The Guardian titled Why the first United States Cowboys were Black. After retaining so much interesting information, it got me thinking about the Black Western aesthetic we see throughout the media today.

When you look up cowboy the quintessential image that pops up isn’t a Black man or woman. Due to Hollywood’s depiction of solely using white males to embody that role, a lot of Black cowboys have been written out of history, as well as Native Americans and Mexican Vaqueros. One in four cowboys were Black, yet, that is not what they teach us nor write in our history books. Throughout time, parts of our history have been manipulated, resulting in Black people and the massive amounts of roles they played to go unrepresented.

But when I think of the cowboy aesthetic, the image of Mary J. Blige instantly comes to mind. She donned an all pink leather two-piece set with a white cowboy hat in 2000 at Carl Thomas’ album release party. Recently, The Queen of HipHop and Soul told Vogue that she would definitely wear that outfit again, with some alterations.

Mary J. Blige has always been forward-thinking and experimental with her wardrobe, easily making her a style icon on and off the stage. A lot of her most memorable looks were monochrome from head to toe, which is exactly what she gave in this shoot with David LaChapelle for Interview Mag in October of 1999.

Now Auntie Mary isn’t the only musical gem to channel this aesthetic. As of lately, my comfort music would have to be anything from Solange’s catalog. The song Jerrod from her fourth studio album When I Get Home has been on repeat. Solange paid homage to her Houston, TX roots by curating a 33 minute film that paired with each song on her LP. Throughout the Texas film, you’ll see a lot of cowboys, horses, hats and boots, making this visual an ode to Black cowboys and the country living that Solange grew up in. She tells Refinery29, “Growing up here in Texas, in Almeda, you’re just going to see Black cowboys on the street. “We’ve had to rewrite what Black History means for us since the beginning of time.”  For Solo, this is more than an aesthetic, it’s a lifestyle!

Her older sister Beyoncé lives by the same motto when it comes to the wild West style. She’s made several appearances representing her hometown while she was in Destiny’s Child. Recently, in her fourth collection from her ongoing partnership with Adidas, IVY PARK Rodeo, she celebrates Black people’s contribution and existence in American Western culture. This capsule consisted of 58 pieces of apparel, 13 accessories and five styles of footwear, also being the first of her collections to include childrens wear. IVY PARK Rodeo included a wide variation of denims, chaps, jackets, bucket hats and even cow prints made an appearance.

Some more of today’s music industry favorites like Megan Thee Stallion, Lil Nas X, Kelela and Cardi B have appeared on stage, strutting on red carpets and behind the lens representing the Black cowboy culture.

Without a doubt, designers like Kerby Jean-Raymond, Telfar Clemens, and Shayne Oliver are doing the exact same thing. Bringing the history of Black cowboys and cowgirls to forefront through their lense of fashion. It’s safe to say that each of these Black innovators aren’t afraid to use their platforms to inform the world of the lost history behind the Black culture.

Below is an image of the Cowgirls of Color for Pyer Moss Fall 2018 ad campaign. This collection was a part of his “American, Also.” series that was inspired by the underrepresentation of Black cowboys.

Telfar Clemens sent models down the runway in corduroy, earth tones, cowboy boots, and leather chaps for his Fall-Winter 2019 Collection. The show titled “Country” explored the meaning of American, and rewrote Black culture into the narrative. Clemens created this ready-to-wear collection in celebration for Black Future(s) Month, an initiative of Black Lives Matter.

Shane Oliver introduced a new footwear idea in his Spring 2017 Hood By Air ready-to-wear collection. He left the audience speechless as models strutted down the runway in his double-faced boots, with pointy toes on both the front and back.

Thanks to Bri Milandro, a Dallas, TX native and Pop Culture Archivist for being yet another member of the Black community to bring light to the Black cowboy culture. She coined the term “The-Yeehaw Agenda ” in 2018 as a play on words to celebrate Black people that were getting fly in the cowboy aesthetic.

Milandro’s platform on Instagram (@theyeehawagrenda) has now grown to be an archive page that enlightens people with a part of Black history that has been erased. As Black history is the force behind her movement,  The Yeehaw Agenda is nothing less than a constant reminder to the world that Black people are continuously setting the tone behind the trends we see in society today.