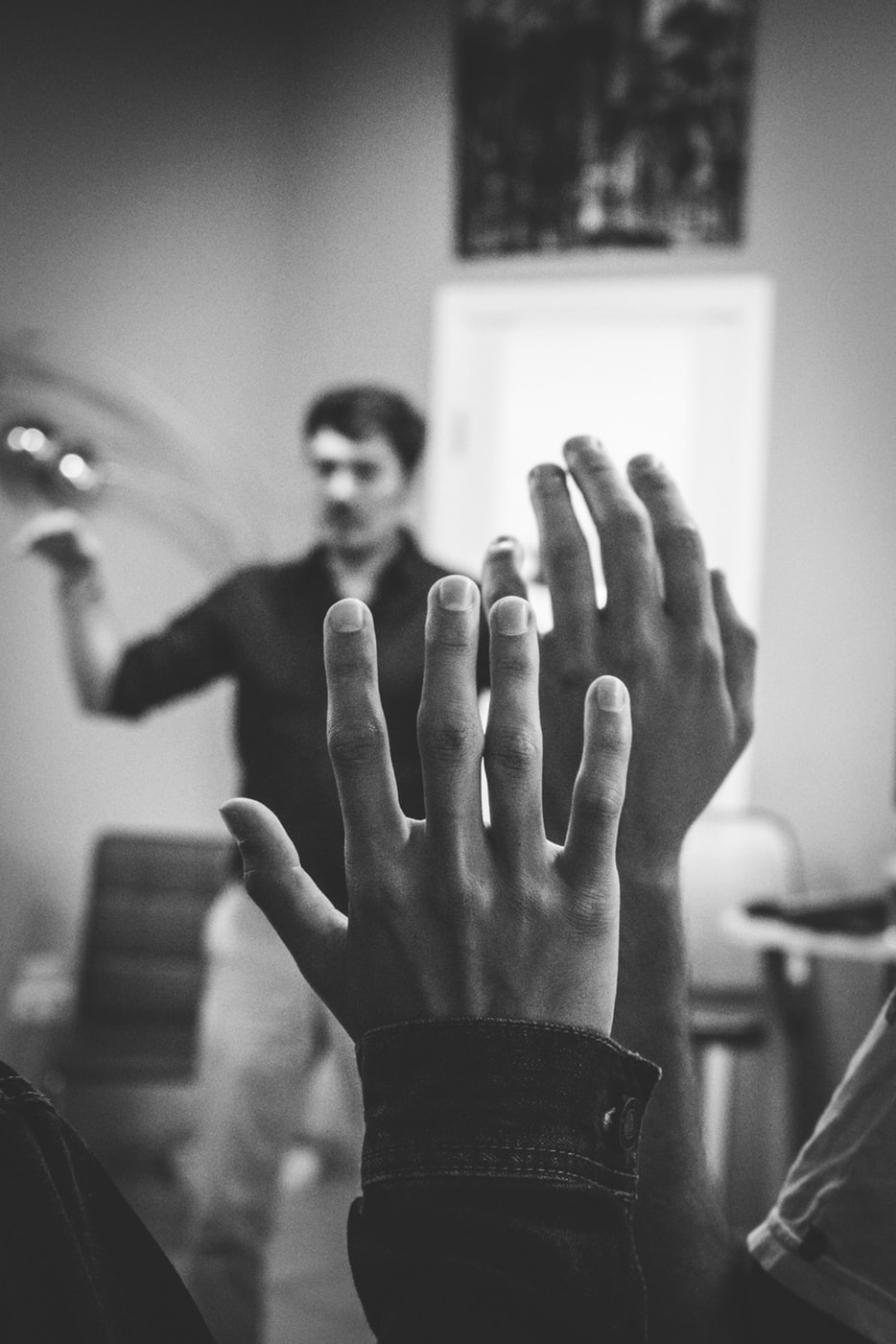 Why do I have to go to sleep early? Why can’t my friend come over after school? Where do babies come from? Why is the sky blue? Why is it that as kids, new to the world, we are fearless to ask questions, but as we get older, we grow so fearful ask questions? The questions don’t stop coming, we just stop asking. The topics may change as we get older, but the inquisitive mind never ceases.

Questions have a way of presenting threat for the anticipated answer. Will asking this question scare my love interest away? Are my classmates or professor going to think I’m stupid if I ask this? Will my boss regret hiring me? We ask and receive questions daily. What is it that eventually brings us to silence in adulthood?

There are the more universal reasons, like the fear of others’ reactions, or what posing the question might mean for a relationship, or simply being afraid of the answer. There are reasons beyond these that are rooted in past experiences. For many, questioning the norm or asking general clarification questions is encouraged and rewarded in their youth. Others receive negativity in the form of scolding, embarrassment, or condescending tones. The accumulation of such experiences creates a fear complex that imposes itself on your confidence and sense of security when you have a question to ask.

When I have a question in class, at work, or more frequently in conversation with friends, I am sometimes afraid to ask. I overthink my question and interpretation of the situation. I recently texted a close friend asking him for a favor. After asking, I felt extremely nervous, even though it was a simple request. I realized it was because often, as a child, my questions were met with anger and hostility from caretakers and adult figures in my life. These sorts of experiences are not uncommon, and as we grow to become adults the trauma resurfaces.

Studies show that minority children struggle with asking questions more often, and this comes as no surprise.  Black and brown students from low income communities are not encouraged to ask questions as much as their white and Asian counterparts. This bias imposed by teachers has a long-lasting effect that often informs the comfortability black and brown students have in professional settings. A Vox interview statement by a researcher at Northwestern University says that “In a working-class context, where people have economic safety net, it’s much more dangerous to be all about you and express yourself and challenge the rules.” The biases teachers have against black and brown students are a part of the systematic racism in the foundations of modern society.

“Preexisting notions of a student’s abilities based on their race, gender, or socioeconomic background can greatly influence a teacher’s attitude towards the student.”

Some ideas come about in a cyclic way through the schooling system. Preexisting notions of a student’s abilities based on their race, gender, or socioeconomic background can greatly influence a teacher’s attitude towards the student. Self-fulfilling prophecy is a psychological term that describes a person’s tendency to perform the way they expect themselves to. A child’s confidence is informed by authority figures, like teachers and parents. If someone is acting in a way that makes you feel you are less entitled to clarification or learning, it makes you second guess asking a question.

Women also tend to shy away from speaking up and asking questions. The resistance stems from gender expectations. One can even see the different ways boys and girls approach . We often see white male students, especially at a young age, very excited and unafraid to ask questions in the classroom compared to girls. They are not inherently more likely to ask questions, rather this is the result of the dominant-man and submissive-woman gender role that is imposed on children at a young age.

Coping with childhood trauma is not easy, but going forth, we must create environments where all children’s ideas, questions, and fears are their race, gender or status. And as we ld learn to not perpetuate the pathologies that lead to this toxic and do the work to heal from the experiences that shape our fears.

This piece is based on experience and some research. If you are struggling coping with childhood trauma consult a mental health care professional.