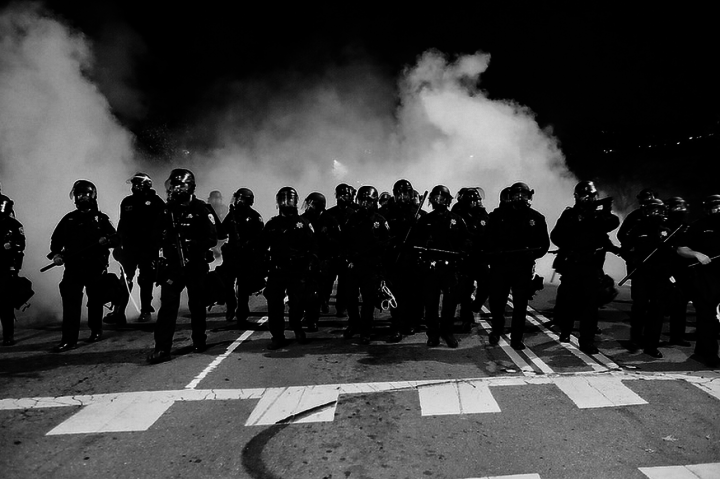 I wrote this piece for one of my class assignments, as a response to negative online comments in regards to Black Lives Matter movement.

I Guess It’s In Our Blood, Just Another Black Rant

Its no secret  that unarmed black males are being murdered across the United States at the hands of law enforcement. And to make matters worse, justice is not always served in these cases. An officer kills a black person every 28 hours, and the pessimist in me wants to say that the numbers will only grow. Don’t get me wrong, I am all for hope, love and unity, but I am wise enou 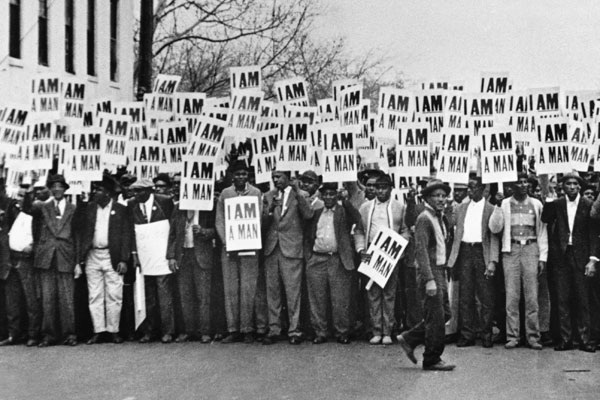 gh to know that epidemics such as these don’t just abruptly end. They take time, courage, wisdom, strength and of course prayer. But what upsets me the most about it all are the reactions of the people. No, not the riots, but people, no not just white people, but people who turn their nose up at the angry reactions of black people. “They’re overreacting.” some say. “They’re animals.” Others say. “They’re ignorant.” Most say, but I say, they’re tired and pissed off to the umpteenth degree. Now while, I can say my reaction hasn’t been conducive to the behavior we witnessed in Ferguson after Mike Brown’s murder and Baltimore after Freddie Gray’s murder, I refuse to throw judgment at those who choose to react in a specific way. See this is not just a racial issue; this is a social economic problem, a power struggle, a failure on behalf of the United States’ system, a historical beef if you will, and it is only in our DNA to react. So in order to empathize with the released frustration, in the forms of riots, rants on social media, or loud chanting on the street, there first must be consideration on where the feelings derive, and they’re several indications of the lack of understanding.

When young black people unite in anger, sadness, and frustration chanting, “Black Lives Matter,” or hashtag Black Lives Matter on social media posts, why is the reaction, no all lives matter? Duh all lives matter, but that’s not the point. They’re not chanting to suggest that blacks lives are more important than other racial demographics, but the consecutive murders and injustices in the court system of our people suggests in some way that our lives are less significant than others. I understand equality, but this movement was not created for all people. Black Lives Matter movement was evidently created for black people. Responding to the movement with all lives matter screams ignorance to the bigger picture. If you’re not attempting to understand, if you don’t care, that’s okay. Don’t say anything at all.

Another indication of insensitivity to blacks adversity and expression, are comments related to Ferguson and Baltimore riots such as, “Why don’t you peaceful protest like Martin Luther King did?” Martin Luther King was a well-respected figurehead and his civil rights movement encouraged law changes, so I do agree with peaceful methods, but there are several fallacies in this statement. First off, there are peaceful protests taking p 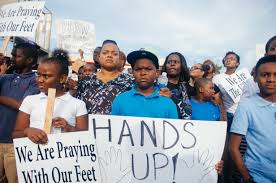 lace around the United States, in Ferguson, New York, Baltimore and beyond, but they are not worthy of the media’s coverage. The media would rather zoom in on the controversial behavior for views, money and to construct the image of the “ignorant black people.” In addition we must understand the cities where the riots take place are considered ghettos. The majority of the participants are young black males (same demographic being killed off), so in most cases there is no father or male role model in the home, the mother is working most of the day, the education sucks, and finances are slim. As a result, in the attempt to be the man that they have no idea how to be, they resort to violence and selling drugs in hopes of gaining riches like their role models (gangster rappers and big time drug dealers). They are feared by the white community and depicted as scary and ignorant. On top of that, police officers want nothing more than to see them in prison or dead and they will find every excuse to see that it happens. So the system that is supposed to protect them is used against them. The riots are nothing more but a manifestation of these emotions, circumstances, and misfortunes. So while I’m not for it, I certainly wouldn’t expect an organized march of rainbows, cotton candy and bubble gum. Another Martin Luther King however would be phenomenal, and I am positive he or she is out there, but it is easier said then done to grab the attention of this demographic and make them listen. Trust must be gained over time; it won’t happen overnight.

3. “WHAT ABOUT BLACK ON BLACK CRIME?”

When scrolling down my Facebook or Tumblr feed, I’ll often see comments on black police brutality commentary, such as, “ Black people kill each other everyday. Protest on that.” Although the statement is true, the heart of it demonstrates insensitivity once again. I guess stating the obvious has become popular in this issue, but it completely misses the point. Murder in any way shape or form is wrong. Human beings simply should not kill other human beings. The biggest issue with police brutality is the abuse of power, oppression and injustice. Black people killing black people have more to do with ignorance, social construct and sadly people are just going to murder others regardless of the race. However justice in those cases typically are not questioned or debated. When there are consistent cases of blacks being profiled and murdered and the justice system fails to indict police or parties involved, we must ask why. Are our lives less significant? Is this the newest form of genocide? Are we suddenly at war? Unfortunately it appears to be blacks against whites. Not all blacks and not all whites, but overall there is a civil battle taking place in our own communities. It is understood that black on black crime and every other assortment of murder is wrong and deserves protest because it is ethical and moral to do so. However lets stay focused.

Nine times out of ten an officer will use the self-defense statement in order to justify an unjustifiable act. “I felt threatened” is one the most common. If anyone has a gun and they’re clearly about to kill you; I get it. When cell phones, wallets, sandwiches and Bibles are mistaken for firearms, and more than one let alone 15-100 rounds are fired at victims, there is a huge issue. Police officers I understand are putting their lives on the line when on duty, but if an officer is that jittery and lacks that much judgment, he or she does not need to be an officer. But I don’t believe jumpiness is the issue. Black people are subjected to racial profiling in some form or another everyday, especially black males. They are perceived as intimidating, scary, and threatening. The notion that most black males are criminals and some how want to hurt you is ridiculous, and should never be used as a reason to take another life. The false perceptions have to end. One black gentlemen during a peaceful protest in Baltimore, Maryland states on sight during an emotional interview, “I was willing to give my life for this country, but look at my community, when I was in the Marine Corps they called me a patriot, a marine, but now that I’m fighting for my people, they call me a [f***ing] thug!” He directed his remarks at fully armored militarized officers. And while, I believe there are cases that can be justified in self-defense, “feeling threatened” does not make the cut.

The bottom line is to stay focused on the issue at hand; there is an epidemic occurring whether we want to believe it or not, and it is not fair to ignore it. Why so adamant about undermining the emotions and opinions of black people? We are yearning to be heard and more importantly to be empathized with. Do we have to agree? Of course not, but at least try to understand. If someone wants to hashtag Black Lives Matter on a Facebook post, rally a group of people and protest, or write a four and a half page rant, then so be it. The offense should not be with those who choose to express themselves freely on the matter, but with the system that allows a human being to kill another, without penalty, simply because they own a badge. The best way to empathize with others is to put ourselves in their shoes. Not having the ability to understand the hardships and emotions of others is what separates us more. Because as long as police brutality and racial injustice is an issue, we will continue to voice how we feel and fight for what we believe regardless of what others have to say about it. Because well, it’s in our history, heritage, culture; the fight is in our blood.